What is Bioidentical Hormone Replacement Therapy?

Bioidentical Hormone Therapy for Women and Men in Atlanta, Georgia 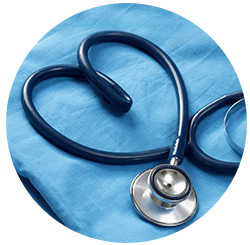 Bioidentical Hormone Replacement Therapy in Atlanta has helped a wide number of men and women overcome the challenges that are associated with hormonal imbalances. Hormonal imbalances can occur at any point during a man or woman’s lifespan, and they are most common during the reproductive years and with aging.

Bioidentical Hormones have the same molecular and structural function as the hormones produced in the human body, and for this reason, they are easily accepted into the body and utilized to carry out their appropriate function. They are different from other forms of hormone therapy in that they are compounded from sources, such as soy or yams, and they can be dosed to meet individual needs. Bioidentical hormones are able to provide the benefits of hormone decline without the threat of dangerous side effects, such as breast or uterine cancer, and this can be due to their identical structure to the body’s hormones. An Atlanta Bioidentical Hormone Replacement Therapy Doctor can help men and women to overcome the effects of hormone decline with specialized programs.

The reproductive years, perimenopause, and menopause are the times when most women notice that they may have an imbalance. During the reproductive years, women may develop a condition known as PCOS, or polycystic ovarian syndrome, which occurs due to an increased amount of male hormones being released into the body, and this can cause issues with fertility, body and facial hair growth, and acne. Increased PMS symptoms may also occur during the reproductive years, and women can experience painful, heavy, and irregular periods. Hormone imbalances may be to blame for many of these issues, and bioidentical hormones can help women to regain balance.

When the reproductive years begin to come to a close, perimenopauase, which is the time before menopause, begins to transition a woman’s body into menopause. This phase can last from four to six years, and it causes many women to experience issues with sexual desire, weight loss resistance, mood swings, and fatigue. In addition to these symptoms, when menopause begins, women can also experience hot flashes, night sweats, vaginal dryness, insomnia, and high blood pressure.

During men’s late teens or early years, they can experience hormone imbalances due to excessive alcohol intake, smoking, lack of sleep, or stress. As a result, men can experience issues with sexual performance, energy, and libido. However, in younger men, imbalances can usually correct themselves. In men, testosterone begins to decline as early as the 30’s, and it reduces by around 10% each decade.
As men get closer to middle age, hormones take a steep drop, and this causes the phase known as andropause to occur. During this time, men may notice they are not feeling like themselves and can experience a lack of motivation and drive. Men may also experience erectile dysfunction, fatigue, low libido, insomnia, mood swings, and a lack of motivation.

Benefits of Hormone Optimization in Men and Women

Atlanta Bioidentical Hormone Replacement Therapy programs can help men and women suffering from hormonal imbalances at any age. Supplementing hormone deficiencies with bioidentical hormones can provide many benefits to men and women.